Time running out for Claude Puel’s quest to galvanise Leicester

Another week, another audience with Leicester City’s manager, and another question about his future. “It’s a common thread, all press conferences, I cannot manage these rumours,” Claude Puel replied, smiling. “It’s often we have a lot of bets about my future. But I’m sorry for lots of people who made this bet because they lost a lot of money.”

Puel remains the favourite to be the next Premier League manager to leave his job, which may come as a surprise to those whose knowledge of Leicester begins and ends with their position in the table: eighth. The assumption that tends to follow is that any disgruntled Leicester supporters have ideas above their station, fuelled by that 5,000-1 triumph three years ago, and now expect to challenge for the title every season.

The truth is rather different and has more to do with what they are paying to watch. To put it bluntly – and many Southampton supporters will probably be nodding their heads when they get to the end of this sentence – the football at home has been dull under Puel on far too many occasions to remember.

As for the results, it is hard to sugarcoat statistics that show Puel’s record is worse than the man who was sacked to make way for him. Craig Shakespeare averaged 1.38 points per game, Leicester scored more goals than they conceded while he was in charge and they won as many games as they lost. Puel averages 1.35 points per game, Leicester have lost more matches than they have won under him and their goal difference is negative.

Bearing in mind that Shakespeare was told to clear his desk after eight months because the club felt “a change is necessary to keep the club moving forward – consistent with the long-term expectations of our supporters, board and owners”, it is little wonder Puel’s position continues to be the subject of so much scrutiny. Where, say his critics, is the progress?

An alternative take would be – and there are fans who remain firmly behind Puel – that the 54-year-old should be cut some slack. Those with a foot in the Frenchman’s camp say he deserves credit for giving youngsters a platform to thrive – Ben Chilwell in particular – that the loss of Riyad Mahrez to Manchester City last summer should not be overlooked, and that allowances ought to be made for the emotional fallout in the wake of the helicopter crash in October that claimed the lives of five people, including Vichai Srivaddhanaprabha, Leicester’s owner.

The reality is that Leicester were unconvincing on the pitch before that tragedy. Indeed, Puel was straying into slightly awkward territory last week when he rounded on his critics and suggested that people had short memories when it comes to what the club has been through. “It was a fantastic feeling to move on and respect the memory of Vichai and his dream,” he said. “Now we have some things and words about finishing seventh or eighth, it is crazy. People forget quickly.”

The focus on the league position is a red herring – Puel did not lose his job at Southampton because they finished eighth; it was the style of football, the lack of goals – only 41 in 38 matches – and his failure to galvanise the fanbase and players that did for him. The similarities at Leicester are striking.

Leicester have scored only 13 goals at the King Power Stadium all season, they have lost three of their past four home matches, including back-to-back defeats against relegation strugglers Cardiff and Southampton, and were dumped out of the FA Cup by Newport County a fortnight ago. 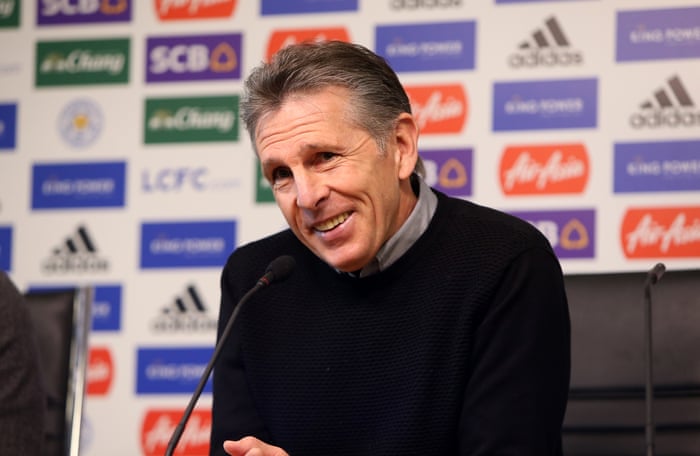 Arguably as worrying as all the facts and figures is that even now, 15 months after his appointment, it is hard to discern any clear identity in the way that Leicester play under Puel. On the day he was presented as manager, Puel talked about how it was “difficult for Leicester to have been playing for three or four years with a counterattack and just this system. It’s important to have other answers … my work is to build the players up to have these options and solutions.” Yet if it was Puel’s intention to turn Leicester into more of a possession-based team at times, or at the very least make the players comfortable with an alternative approach, there is no evidence it has worked.

For Southampton’s visit last Saturday, Puel started with three defensive midfielders against a team in the relegation zone. Despite playing with an extra man for 45 minutes and enjoying 72% possession, Leicester struggled to create chances and resorted to pumping hopeful crosses into the area that played into the hands of Jannik Vestergaard and Jan Bednarek. Remarkably, those two Southampton defenders headed the ball clear as many times (14) as Jamie Vardy touched it in 90 minutes. Forget the superhero outfit that Leicester’s leading scorer wore to training on Thursday; a stepladder would have been more use against Southampton.

The way that match panned out was predictable in many respects. Leicester’s win ratio under Puel is as low as 29% (W9 D9 L13) when they have more of the ball than their opponents. It climbs to as high as 50% (W10 D3 L7) when they surrender possession, which is why facing Chelsea and Manchester City in the space of four days around Christmas suited them. That is not to take anything away from those results – hugely impressive 1-0 and 2-1 victories respectively – but more to illustrate how playing on the counterattack remains Leicester’s best hope of picking up points.

A game at Wolverhampton Wanderers on Saturday is a blessing for that reason and it would be no surprise if Leicester get a positive result. Yet even if that turns out to be the case, the debate about Puel’s future is unlikely to go away and it would be naive for anyone to think Leicester’s board have not been asking questions of their own. It feels as though it has got to the stage where a parting of the ways is inevitable in the summer at the latest, when the potential availability of Brendan Rodgers and Rafael Benítez alters the managerial landscape. Perhaps the bigger question is whether the bookies will be forced to pay out before then.

Trump accuser has him on video forcibly kissing her: court documents

WATCH: Jorge Ramos Calls For Amnesty For Millions Of Illegals; ‘Nothing We Can Do To Stop Them’

Why Donald Trump and his children will be charged with crimes

BUSTED! NBC Managing Editor Exposed For ‘Bullying’ A Reporter To Stall A Story For The DNC

AOC Says Rep. Omar’s “Life Is In Danger” After Trump Criticized Her 9/11 Remarks