Incredible though it seems, the most important political question facing the nation this week is not the fate of the prime minister. Indeed, the prospect of her resignation, or a vote of confidence in her leadership, is a distraction – albeit a compelling one – from the main event. True enough, the race to succeed Theresa May as Conservative leader is now most definitely up and running. Pressed by the BBC’s Andrew Marr on his leadership ambitions, Boris Johnson – sporting a new haircut – conspicuously failed to answer the question.

Esther McVey was less coy when challenged by Sky’s Sophy Ridge, saying she would consider running the country “if people asked me”. And on Saturday’s Today programme the work and pensions secretary, Amber Rudd, set out her stall – and explicit readiness to embrace plan B options for Brexit – as though she might be sitting in No 10 (or Chequers) by Christmas.

But no PM since the war has served longer than 11 years. In contrast, the consequences of this week’s “meaningful vote” on May’s deal, and of its constitutional and diplomatic aftermath, will be with us for decades. Columnists, like judges, love to cite precedent as a means of contextualising current events and puncturing the hysterical rhetoric of the politicians they write about. In this case, there really is no relevant precedent.The core intellectual conundrum facing MPs on Tuesday – assuming the vote goes ahead – is the precise nature of the 2016 referendum and of their obligations to respect its outcome. In an interview with the Mail on Sunday, May framed the choice facing the country as one between stability, represented by her deal, and the “grave uncertainty” of anything else: no Brexit, a Corbyn government, “uncharted waters” that we dare not risk. One cannot fault her sheer cheek: the PM presents a shambolic rupture from the world’s largest single market as the continuity option. Of course, this through-the-looking-glass argument is psychologically necessary for her to complete what she regards as the defining task of her premiership: the implementation of the referendum result that compelled her predecessor to resign. But every other MP has a political, constitutional and moral duty to think more deeply. 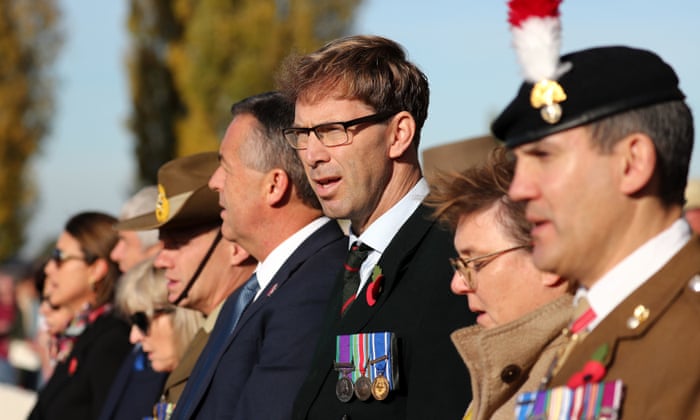 To his credit, Tobias Ellwood, the defence minister, has already stepped up to this particular plate. On Saturday, he tweeted that he would vote for the deal, but that the time was fast approaching when “we must recognise that the original mandate (taken over two years ago) will begin to date and will, eventually, no longer represent a reflection of current intent”

This is sound sense. Instructions become obsolete as circumstances change, or more information becomes available. There is a whole school of military jurisprudence devoted to the question of the rules of engagement, “intent” and the duty of soldiers to follow orders that are ambiguous or have become impossible to carry out. Likewise the “cooling-off period” is a cornerstone of consumer rights legislation. Those involved in assisted dying are naturally mandated to give their patients multiple opportunities to change their minds.

The right to think again is a foundation stone of any civilised society. Yet the Brexiteers treat the referendum result as though it were a cross between a sequel to Magna Carta and the most sacred pinky-promise in the history of the world. This is politics reduced to toddler talk. Most MPs I have spoken to are somewhere on a spectrum that is the political equivalent of the Kübler-Ross five-stage model of grief: denial, anger, bargaining, depression and acceptance. Some (though very few in private) really think that the deal is the best agreement the UK could have achieved. Others (Brexiteers and remainers alike) see it is an unconscionable betrayal.

Some believe that there remains “bargaining” to be done in Brussels, that the application of a Thatcheresque handbag will make the dreaded “backstop” evaporate. Others still (plenty of these) are in a kind of fugue state. And a small but growing number grasp the terrible truth that the last two and a half years have been a complete waste of time.

In this respect, “Norway plus” – the idea that we should join the European Economic Area and the European Free Trade Association – is less a probable outcome than a psychological device. The existing members of these alliances do not want us to join the club; and there is, in any case, no Commons majority in favour of filling in the application form.

Norway plus ought to be the gateway drug to a people’s vote. It should force MPs to step back and consider their predicament in the round and to see that, like soldiers caught in a firefight for which the rules of engagement are opaque or out of date, they need to return to the command-and-control centre – the public – for clarification. That, at least, is the logic of the case. But it would be foolish to assume that logic will prevail, or even be the dominant force, in the days and weeks that lie ahead. And what is at stake is so much more than May’s career or even the identity of the party in power.

For once, it is hard to overstate the gravity of the national predicament. For once, the anxiety is justified. The extremist vultures circle. Petty emotion vies with civic sense. Everyone chases leadership, when it is statesmanship that we need.

There was a time when one might assume that such crises would be settled with a measure of reliable calm. But the age of populism has made such assumptions quite unsafe. And, while the vapid drone on, and the demagogues of left and right prepare for action, what rough beast, its hour come round at last, slouches towards Brexit to be born?

• Matthew d’Ancona is a Guardian columnist

CRYBABIES: Dems Threaten To Withhold Trump Officials’ Pay For Not Complying With Their Demands

Judge Jeanine Says ‘Justice Is Coming’ For The Coup Plotters

Poll Shows Impeachment Getting Icy Reception from Group That Matters Most

SAVAGE: Trump Reveals What He Plans To Do During Dem Debates – Stock Up On Popcorn!

[VIDEO] Ocasio-Cortez Claims There’s ‘So Much’ to Impeach Trump On; FAILS to Give an Exact Answer

The New York Times is fully engaged in the next witch hunt, seeking to expose President Trump’s financial records

Barr Silences The Media; Declares “Spying DID Occur” During Campaign

President Trump donates $100,000 of his salary to Surgeon General’s office

Labor Day jitters on both sides of America’s political divide

COLLUSION? Democrats Are In ‘Direct Talks’ With Robert Mueller Before His Congressional Testimony

White House officials concerned about being exposed by Mueller report

oday Is A Bad Day For Us”; CNN Has Their Night Ruined By Mueller’s Denial Of BuzzFeed Report [VIDEO]