Team Sky will be renamed Team Ineos after confirmation that Britain’s richest man, Sir Jim Ratcliffe, has agreed a deal to become the new owner. The launch of Team Ineos will take place at the Tour de Yorkshire which starts in Doncaster on 2 May.

In a statement Sky’s team principal, Dave Brailsford, said: “Today’s announcement is great news for the team, for cycling fans, and for the sport more widely. It ends the uncertainty around the team and the speed with which it has happened represents a huge vote of confidence in our future. In Sir Jim Ratcliffe and Ineos, I know that we have found the right partner whose vision, passion and pioneering spirit can lead us to even greater success on and off the bike. It heralds the start of a hugely exciting new chapter for us all as Team Ineos.”

Brailsford has been looking to secure a new backer since Sky announced in December that it would end its decade-long sponsorship of the team.

Ratcliffe, the chairman and chief executive of petrochemical giant Ineos, added: “Cycling is a great endurance and tactical sport that is gaining ever more popularity around the world. Equally, cycling continues to mushroom for the general public as it is seen to be good for fitness and health, together with easing congestion and pollution in city environments. Ineos is delighted to take on the responsibility of running such a professional team.”

The statement admitted that there are still hurdles to be jumped with cycling’s world governing body, the UCI, to arrange the transfer of ownership.

Multiple Grand Tour champion Chris Froome, one of the team’s prize assets, tweeted: “So excited that we as riders and staff will be able to continue on together for 2020 and beyond. Looking forward to continued success as Team INEOS! Massive thanks to everyone involved in keeping this special group of people together.”

David Lappartient, the president of the UCI, had earlier given a cautious welcome to reports of an imminent takeover but the head of cycling’s world governing body also raised concerns over potential consequences if one team was wealthier than all the others and questioned if the sport needed a budget cap to boost competition.

“I am happy to have more money coming into the sport and to have new sponsors, bringing more money in because it shows the value of cycling,” Lappartient said. “But if the new team has more money, the fear will be that the race will be more controlled – that’s one of the dangers, but let’s see.”

Concerns over Team Sky’s long-standing domination of cycling and specifically the Tour de France, came to a head last year when Brailsford and Lappartient entered into a verbal feud during the first half of last year’s race.

With Brailsford’s new sponsorship deal expected to see an increase in funding, Lappartient remains wary of the consequences.

“It’s important for the public that there’s big interest in the competition. We don’t want to have just one team that dominates cycling for 10 years. Do we need to have a global budget cap – the financial fair play like in football? It may be something we need to look at.”

But others within World Tour cycling reacted with dismay to the news that Brailsford’s spending power, which has already secured the services of Geraint Thomas, Chris Froome and Egan Bernal, was likely to increase. 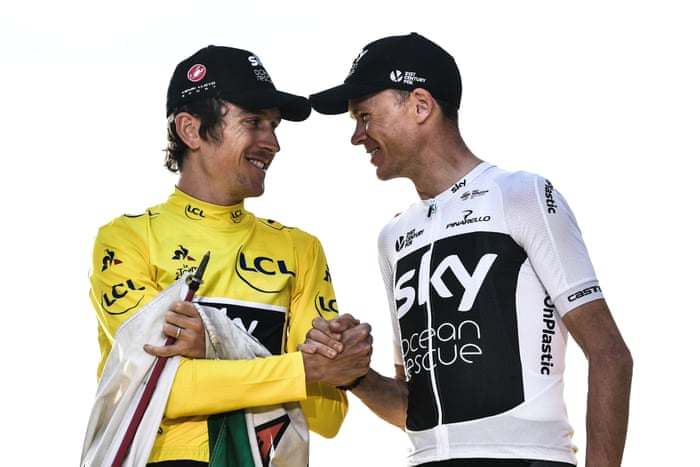 When you play chess, you start on equal terms,” Jonathan Vaughters manager of the Education First team, said. “That’s why it’s interesting. But if one player has five queens, the game is no longer interesting. It’s obvious who will win from the start.”

“If a company comes in with £20m and asks: ‘Can we win the Tour with this?’ and the answer is ‘Sorry, that’s not enough,’ then that sponsor will lose interest in cycling.”

“It makes the game boring because one person always wins,” Vaughters said. “The fans go home and if that happens the sponsors seeking to reach those fans also go home.”

Meanwhile, the cool relationship between Brailsford and Lappartient shows no signs of improving. Asked if he had yet met with or spoken to Brailsford since last July’s sparring match, Lappartient said: “We haven’t met or been in touch in over the last months. There is no reason to.”

UFC 241: Daniel Cormier’s best efforts were not enough to beat back Stipe Miocic a second time.

Wisconsin Lawmakers Give Colin Kaepernick The Finger; REMOVE his Name From Key Resolution

No doubting that Warren Gatland’s Wales deserve their grand slam

Fears that Cardiff City’s Emiliano Sala was on missing plane

Democrats Remove “So Help Me God” From Key Congressional Oath

BIG LEAGUE! Trump Gets Guatemala To Kiss The Ring And Reverse Course On Asylum Agreement (Details)