A movement started in 2016, and it’s been fueling amazing growth for both our country and the Republican Party ever since.

While it’s true that nearly 6 million jobs have been created since President Trump took office, it’s also true that many Americans are supporting the Republican Party for the first time thanks to the president. This is a movement of everyday Americans from every walk of life.

During the 2016 election campaign, President Trump inspired millions of Americans with the simple promise that he would «Make America Great Again» through «America First» policies. The media wrote that message off as a meaningless campaign slogan, but millions of Americans across this country knew better.

Since then, both the economy and the Republican Party have been flourishing, fueled by a president who is delivering on his promises for all Americans. Thanks to Donald Trump’s leadership, the Republican Party is now synonymous with freedom, economic prosperity and security.

The data shows that this movement is growing. President Trump’s rallies consistently draw well over 30,000 attendees, whether they take place in a remote airport hangar or a major sports arena. Just last month, his 2020 campaign kickoff rally in Orlando received more than 120,000 RSVPs for a venue that could accommodate 20,000. The same routine plays out at every rally: people start lining up days in advance to make sure they can get a seat, because they know that thousands of people will end up watching the president’s speech on jumbotrons from the parking lot once attendance reaches capacity. We’ve never seen the same level of enthusiasm or support for Democrats, especially for any of their 2020 presidential candidates.The data also proves that this movement includes all Americans. Earlier this year, President Trump held a rally in El Paso, Texas at which over a quarter of those who registered had not voted in more than eight years and 27% were Millennials or younger. In Orlando, one-third of the registrants were not regular voters, and over 15% were 32 years of age or younger. In El Paso, over 70% of the registrants were Latino and 35% of them were registered Democrats. The president’s «America First» message clearly has broad appeal for Americans of every demographic. 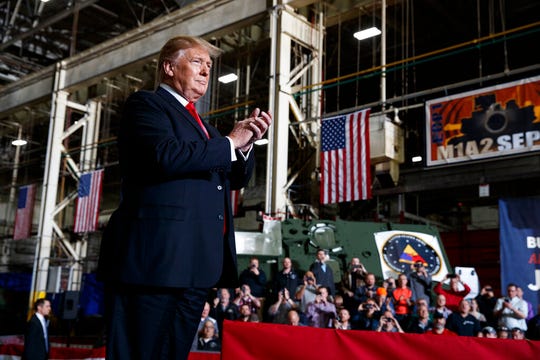 Since 2016, the Republican Party has trained more than 50,000 new volunteers and registered nearly 7 million new Republican voters. The RNC and the Trump campaign are hard at work all over the country, recruiting, training, and energizing the next generation of Republicans to win big in 2020.

President Trump’s record of keeping his promises has also fueled historic fundraising numbers, including raising $26 million in the first 24 hours after his re-election announcement and $105 million in the first quarter of 2019. The Trump campaign’s impressive fundraising is being driven by a massive influx of small-dollar donors – more than 957,000 individual donations averaging just $41.48.

Those efforts mean that in 2020, President Trump will not just be relying on his 2016 “base” – he will expand the map and engage with an entirely new, and previously untapped, pool of voters.

One of those voters is a lifelong Democrat in Ohio. Scott Ford recently made a splash on social media when he announced that he will be attending the president’s next rally in Cincinnati on Thursday. Scott endured what he described as «complete torture» and «hate» from liberals over his defection, but he’ll be welcomed into the Trump movement with open arms.

Scott is far from the only Democrat to walk away. Americans experience the benefits of President Trump’s leadership every day in the form of the booming economy his policies created. Meanwhile, endless investigations and a «Squad» of radical Democrats are synonymous with the Democratic agenda. Instead of resistance, wouldn’t it be nice if the Democrats worked with Republicans to end the crisis at our southern border, pass the USMCA and rebuild America’s infrastructure? 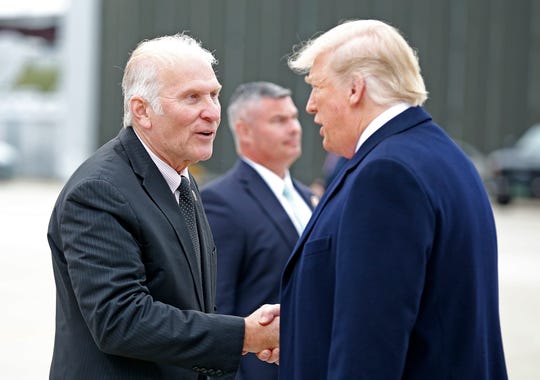 The Democrat agenda will continue to have «less than nothing» if it doesn’t overlap with this Republican agenda.

Regardless, Republicans will focus on winning elections for the opportunity to serve the American people.

The Republican National Committee and the Trump campaign are investing in innovative digital and data tools and other operations to turn this surge in Republican support into an Election Day victory. And thanks to the skills of digital marketer-turned-campaign manager, Brad Parscale, the Trump campaign will continue to mobilize, train, and build on the president’s grassroots support.

But it’s not the money or technology that’s driving the Republican Party’s growth; those are just side effects. Rather, it’s all made possible by the fact that President Trump is putting America first.

President Trump has given our Party a winning message for the country that benefits all Americans. Meanwhile, the Democrats are running on “free” taxpayer-funded healthcare for illegal aliens and big-government socialism. Apparently, they believe “America Last” is a better message than “America First” in 2020.

Luckily, the movement that took root during the 2016 campaign is just getting started. As we look towards 2020, the Republican Party will continue to grow thanks to President Trump.

Trump Admin Gets It Done, Arrests Illegal With Enough To KILL 500K Americans

WATCH: AG Barr Comes Out Swinging For Trump, Says We NEED A Barrier On Southern Border

LISTEN UP: Rush Limbaugh Believes This One Democrat Could Be ‘Very Dangerous’ To Trump In 2020

You Get Nothing!’ Trump Drops The HAMMER On Dems Trying To Get Thousands Of Docs For Witch Hunts