Not long after Kirsten Gillibrand arrived in Congress more than a decade ago, she was nicknamed “Tracy Flick” in a reference to the calculating and aggressive blond high school student played by Reese Witherspoon in the 1999 film Election.

It was not a term of endearment, but rather a derisive attempt to put down what Gillibrand’s colleagues – many of them men – complained was her unbridled ambition.

It was a put down to me and other ambitious women, meant to keep us in our place,” Gillibrand wrote in her 2014 book, Off the Sidelines.

“Yes, I’m competitive. I fight for what I believe in, and I drive hard toward my goals. Does that make me ruthless and crazed? No.”

This week, Gillibrand furthered her quest to dispel the notion that ambition was something for women to fear by declaring, during an appearance on The Late Show with Stephen Colbert, that she was forming an exploratory committee about a run for the White House.

And with women voters now making up nearly 60% of the Democratic base, Gillibrand is betting they hold the keys to her pathway to the party’s nomination for president.An outspoken critic of the current administration, Gillibrand, 52, has cultivated the most anti-Trump voting record for any Democrat in the US Senate. She called on the president to resign amid allegations of sexual misconduct by as many as 17 women, and infamously told a crowd of Trump’s White House tenure: “Has he kept his promises? No. Fuck no.” 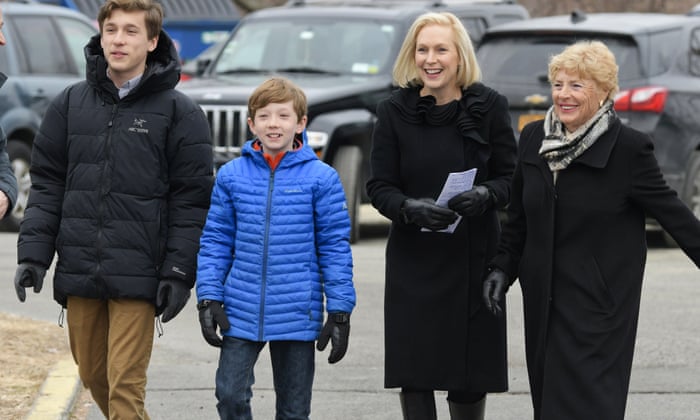 There’s something that’s very fierce and fearless about her that is empowering and could be a good quality in a candidate,” said Jennifer Palmieri, former communications director for Hillary Clinton’s 2016 presidential campaign and author of the book Dear Madame President.

“She takes on fights that are controversial and that sometimes gets her into hot water. But she keeps at it anyway.”

First elected to Congress in 2006, Gillibrand defeated three-term Republican incumbent John Sweeney to represent what was, at the time, a heavily conservative district in upstate New York. She was appointed in 2009 to fill the New York Senate seat vacated by Hillary Clinton – after the latter became Barack Obama’s secretary of state – and was re-elected on three occasions, most recently in the 2018 midterms.

As she prepares to formally launch her 2020 campaign, Gillibrand will join a crowded and diverse field of Democratic primary contenders.

Senator Elizabeth Warren, Representative Tulsi Gabbard and Julián Castro, the former housing secretary under Obama, are among those who have confirmed their intention to run. Expected to soon follow are Senators Cory Booker and Kamala Harris, while others mulling a bid include former vice-president Joe Biden, Vermont senator Bernie Sanders and former congressman Beto O’Rourke.

Gillibrand is poised to spend the weekend courting Democratic party activists and donors in Iowa, the first-in-the-nation caucus state considered vital to securing the nomination.

Gillibrand is regarded as a formidable contender whose focus on issues aimed at advancing women in the workplace and combating sexual violence earned her a nickname as the “#MeToo Senator”.

A former lawyer, Gillibrand was at the forefront of pushing legislation that would take the prosecution of sexual assault cases in the military outside the chain of command – a years-long campaign that ultimately failed. She has similarly sought to address sexual assault on college campuses, and spoke about her own experience with sexual harassment within the halls of Congress. 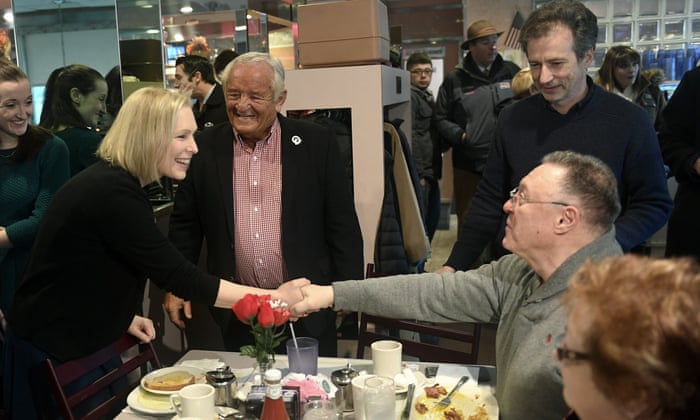 Good thing you’re working out, because you wouldn’t want to get porky!” Gillibrand wrote in her 2014 book, recounting disparaging comments made by her male colleagues about her weight.

Another told her: “You know, Kirsten, you’re even pretty when you’re fat.”

Those revelations came long before the global reckoning around sexual assault and misconduct.

“She has viewed policy and politics through the lens of gender for a long time,” said Kelly Dittmar, an assistant professor of political science and scholar at the Center for American Women and Politics at Rutgers University.

Indeed, Gillibrand’s long-term willingness to challenge powerful men – and the institutions protecting them – has carried risks.

She generated headlines for going where few, if any, Democrats had gone before by telling a New York Times podcast that, in hindsight, it would have been an appropriate course of action for Bill Clinton to resign from the presidency after his affair with White House intern Monica Lewinsky came to light. The comments marked as a sharp reversal for someone once seen as a longtime ally of the Clintons.

But the moment that has lingered politically is the fallout from Minnesota senator Al Franken’s resignation in 2017 following accusations by multiple women that he groped them. Gillibrand was the first Senate Democrat to call on Franken, who denied the allegations, to step down.

“There’s intense resentment against her,” said Larry Jacobs, political science professor and department head at the University of Minnesota. “Progressives, they look at Donald Trump, they look at other Republicans, and they think they’re far more egregious.”

He added: “They feel that Franken was poorly treated and that Gillibrand was the ringleader in that.”

Numerous Democratic operatives told the Guardian that some within the donor class believe Gillibrand effectively forced other Senate Democrats to follow suit – resulting in Franken’s departure.

Gillibrand stood by her decision on Wednesday, telling reporters: “My job was not to stay silent, I couldn’t defend it and I had to do what was right.”

“And if some wealthy individuals, that makes them angry, that’s on them,” she added.

Gillibrand is likely to face additional questions over her record, having begun her political career as a centrist Democrat only to evolve over the years into a liberal firebrand.

While representing New York’s rural 20th congressional district, Gillibrand opposed “amnesty” for undocumented immigrants and a proposal to issue them driver’s licenses. But as a senator, she backed comprehensive immigration reform and threw her support behind abolishing the Immigration and Customs Enforcement (Ice) agency. 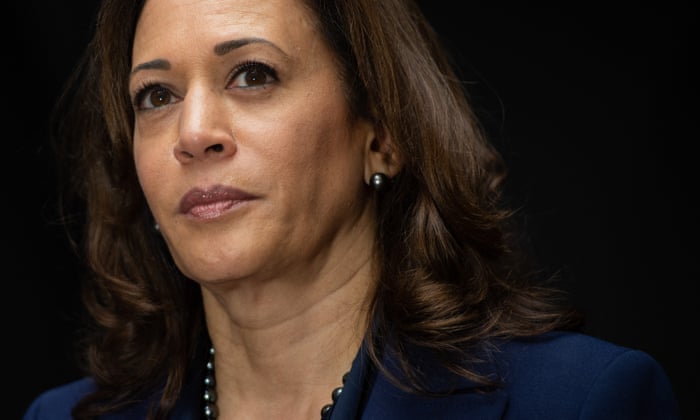 Gillibrand also once enjoyed an “A” rating from the National Rifle Association, stemming from her opposition to stricter gun laws in the earlier stages of her career. The NRA downgraded her rating to an “F” in 2010, after she embraced several gun control measures. Gillibrand has said she is “embarrassed” by her previous stances on guns.

“If you looked up ‘political opportunism’ in the dictionary, Kirsten Gillibrand’s photo would be next to it,” said Michael Ahrens, a spokesman for the Republican National Committee.

Gillibrand is, of course, not the only politician to evolve on issues as the political and societal landscape has shifted. And if successful, she would be up against Trump, who has made many contradictory statements on key issues .

“There’s a tenacity to her,” said Brian Fallon, who served as Hillary Clinton’s national press secretary in the 2016 presidential campaign

JUST IN: AG Barr Reveals When Mueller Report Will Be Released – It’s Much Sooner Than We Thought

These are the Americans killed in Syria

Christmas trees: can a fake really look as good as a real one?

These are the Americans killed in Syria

IT’S ON: Trump Gives ICE The Greenlight And Start Date; Massive Raids To Begin In These 4 Cities

After Ocasio-Cortez’s Top Ally Quits, The Feds Made A Huge Announcement

Kamala Harris: can a ‘top cop’ win over progressives in 2020?

Trump Just Ruined Cohen’s Day, Has Evidence He PERJURED Himself To Congress

Ocasio-Cortez On the Budget : ‘We Pay Soldiers Too Much’