Gas prices are down and more drivers will hit the road this Labor Day weekend, AAA says

If you’re heading out on an end-of-summer road trip this Labor Day, you might find yourself spending less on fuel and more on food and fun.

That’s thanks to what may be the lowest average nationwide gasoline rates for this holiday weekend in three years, according to AAA.

That means people will have more money in their pockets and they’ll be more likely to hit the road, said AAA spokesperson Jeanette Casselano. “When gas prices are cheaper, we tend to see more people traveling.”

That’s in keeping with the findings of a consumer survey AAA did earlier in the year. Asked in February what they’d do if gas prices stayed the same or lower in 2019, 33% of respondents said they would go on at least one additional summer road trip and 27% said they would increase the distance of their trip.

You’ve got your people who have their plans set in stone but you also have those who have been teetering, or it’s that last week of summer and they’ve been thinking about a road trip,” Casselano said. “People feel more inclined to take those road trips because they feel like they’re getting a better bang for their buck.”

Whether or not you head out on the highway and how much it costs depends on where you live.

Regardless of price drops, percentage-wise, in individual states, the highest gas prices still tend to be in the West, upper Midwest and Northeast, where they range from more than $2.78 to almost $3.70 per gallon, according to AAA. 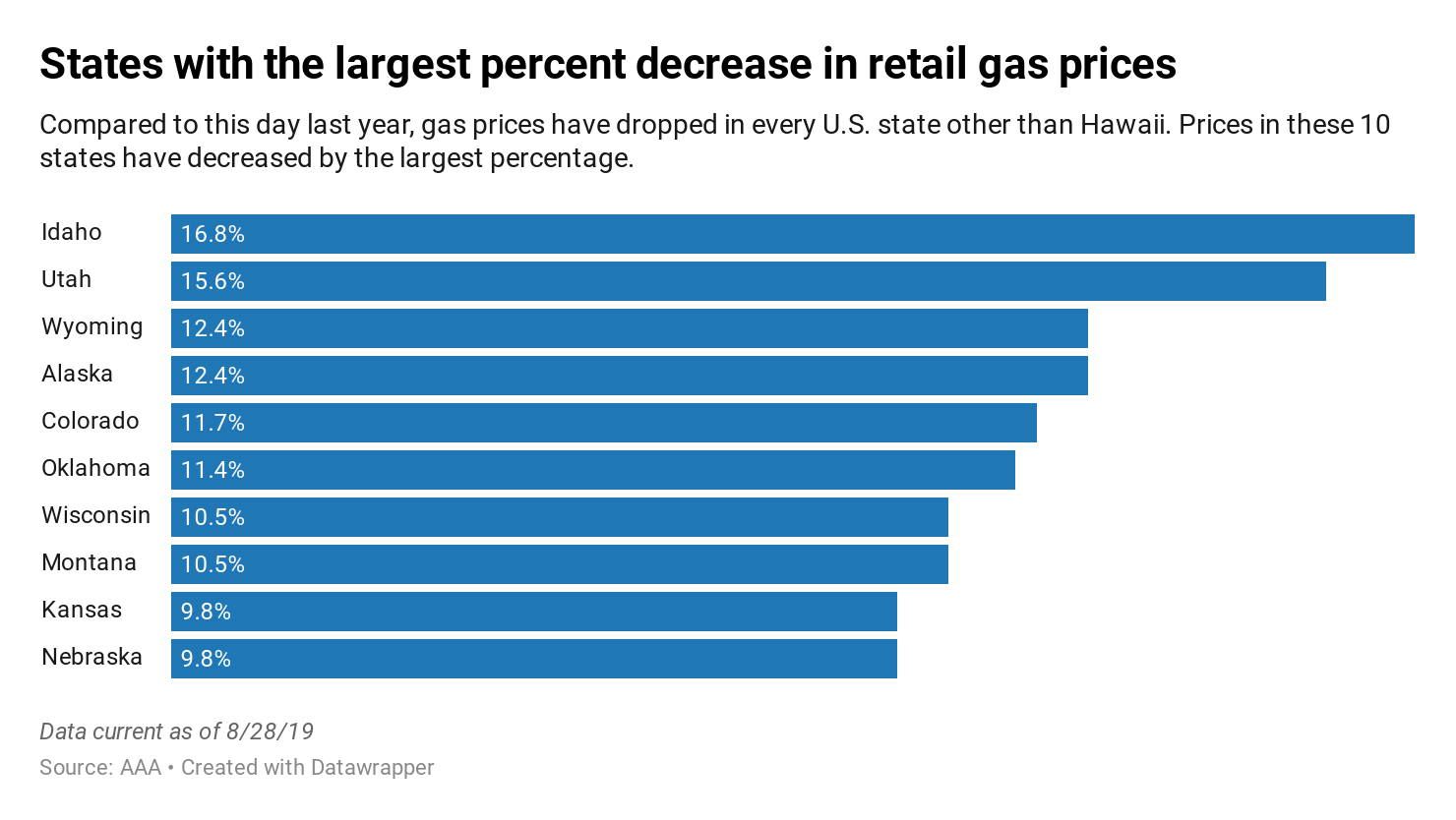 nationwide for regular, paying just over $2.20 per gallon.

“In regions where they see more than a quarter’s worth of savings, people may be more inclined to travel than others elsewhere, just because they’re seeing such [significant] savings compared to earlier in the year,” said Casselano.

However, even in states with the highest gas prices, such as California, people are still going to travel, she said. The Golden State’s average gas price today of just over $3.57 per gallon is almost $1 higher than the national average, and some California counties are seeing prices as high as $5 per gallon.

The only state with a higher average gas price is Hawaii, at almost $3.66 per gallon.

While price are significantly lower this week compared to the week prior to Labor Day last year, average nationwide gas prices have not dipped to their most recent nadir, seen in late December and early January with lows of about $2.24 per gallon.

WOW: One Of The Biggest ‘Never-Trumpers’ Just Flipped; ‘Trump & Pence Have Earned My Vote’

After Complaints From Kaepernick, Nike PULLS Patriotic Sneakers Before Fourth Of July

Somalia: dozens of al-Shabaab fighters killed in airstrike, says US

Brexit is a mess – what would Yes Minister’s Sir Humphrey do?

MORE RESISTANCE: Dems Unveil ‘Plan B’ To Block Pentagon From Sending $1.5B For Border Wall