The runner-up in the Democratic Republic of the Congo’s presidential election has rejected the result as an “electoral coup” and called on his followers to resist “a grave attack on the country’s dignity”, as the Catholic church said official results did not reflect polling station data.

Martin Fayulu was beaten to second place by another opposition candidate, Felix Tshisekedi, who was declared the surprise winner of the 30 December presidential election in the early hours of Thursday.

The result theoretically means the first electoral transfer of power in 59 years of independence in the DRC, but was deeply controversial because Fayulu had held a healthy lead in pre-election polling.

It has also surprised some observers who believed authorities would ensure victory for the government candidate, Emmanuel Ramazani Shadary, who was handpicked by the outgoing president, Joseph Kabila, as his successor.

Senior church leaders made clear that the announced results did not correspond with data collected by 40,000 observers the church deployed on polling day 12 days ago.

The church has refused to say publicly who won according to its findings, but diplomats briefed on the church data say it indicated a clear victory for Fayulu, in line with pre-election polls that had put him at least 20 points ahead of Tshisekedi.

Kabila had engineered an electoral coup to deny him the presidency, Fayulu said on Thursday morning. In a statement issued later in the day, he said “unacceptable electoral fraud” had taken place that could lead to chaos across the country. 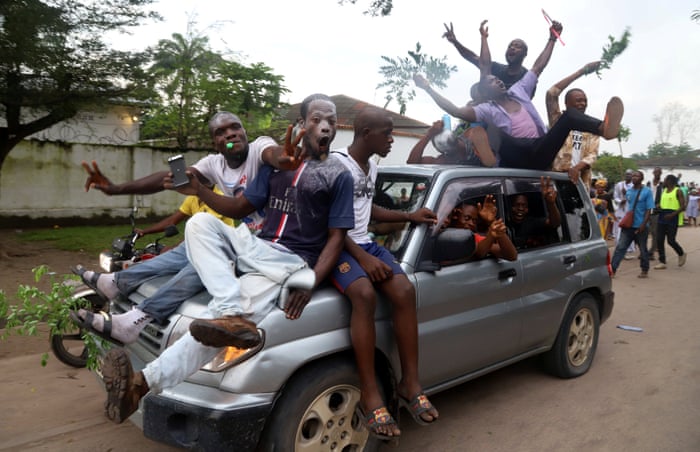 No Congolese can accept such treachery, such sham … we cannot accept at the end of this long crusade that the will of our people is not respected … All together, let us say ‘no’ to manufacturing of results and ‘no’ to an electoral holdup … Hand in hand may we pursue this struggle until the end,” Fayulu told his followers

The continuing tensions threaten to tip the vast central African country into a cycle of protest, violent repression and worsening insecurity – dashing hopes that the election would mark a turning point in the DRC’s troubled history.

There were reports of scattered protests in some cities, with at least two reported deaths.

Tshisekedi paid his respects to Kabila, whom he described as “an important partner … in democratic transition in our country”. Speaking to thousands of cheering supporters in the capital, Kinshasa, Tshisekedi said he would be the president “of all Congolese”.

Barnabé Kikaya Bin Karubi, one of Kabila’s top advisers, said he accepted the result. “Of course we are not happy as our candidate [Shadary] lost, but the Congolese people have chosen and democracy has triumphed,” Kikaya told Reuters.

Following an election itself delayed by two years, the announcement of results was postponed by a week.

Adeline Van Houtte, research analyst for west Africa at the Economist Intelligence Unit, said the delay had raised suspicions that the government wanted time to negotiate a backroom deal with Tshisekedi.

“A Tshisekedi presidency would be the least bad alternative to a Shadary victory for the regime as it would put a veil of legitimacy on the electoral process and would be more manageable than a Fayulu presidency,” Van Houtte said. 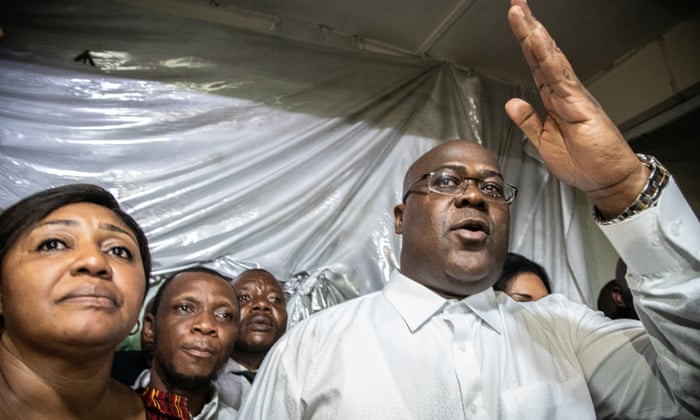 “Instead, he chose to split the opposition by creating a power-sharing deal … Kabila will be able to influence Tshisekedi, who now owes his ascendancy to power to Kabila’s control of the electoral commission,” Besseling said.

The last two elections, in 2006 and 2011, both of which were won by Kabila, were marred by bloodshed.

If Tshisekedi’s victory is confirmed in the next 10 days by the constitutional court, he would be the first leader to take power via the ballot box in the DRC since Patrice Lumumba, who became prime minister shortly after the DRC won its independence from Belgium in 1960. Lumumba was toppled in a coup and killed four months later.

Pelosi Attacks DHS For Saying They Are Prepared For Trump’s SOTU; ‘Don’t Care What They Said

When to take (or not take) aspirin to prevent heart trouble

Monument To Fallen Police Officers Gets REMOVED, Reason Why Is Absolutely Ridiculous