Schalke v Manchester City
Try as he might, Txiki Begiristain found it hard to hide his delight. Although City’s director of football said all the right things about Schalke representing a difficult hurdle to his side’s prospects of progressing to the last eight in the competition they covet most, a meeting with the team who are currently 13th in the Bundesliga is unlikely to raise much concern in the corridors of power at the Etihad Stadium. Dominico Tedesco’s side finished five points behind Porto in a weak group and have lost eight times in the league this season, although Pep Guardiola will not underestimate their threat even if he did not lose to them in six meetings as Bayern Munich manager. The former Tottenham midfielder Nabil Bentaleb and Switzerland striker Breel Embolo are potential danger men as Leroy Sané returns to his former club for the first time since joining City in 2016

Juventus finished ahead of Manchester United in their group but will be wary of facing Diego Simeone’s side as Cristiano Ronaldo makes his first return to Madrid since leaving their bitter rivals in the summer. Atlético’s Wanda Metropolitano will host the final on 1 June, perhaps making them an even tougher nut to crack than usual in a competition in which they have finished as runners-up three times. In nine home matches this season, Atlético have conceded only five goals but showed a new vulnerability on the road in the 4-0 thrashing by Borussia Dortmund during the group stage that denied them top spot. Juventus remain one of the favourites and with Ronaldo in their ranks should have just enough firepower to find a way through Simeone’s miserly defence, led by Jan Oblak and Diego GodínManchester United v PSG
Less than 24 hours after a costly defeat at Anfield, this was the draw José Mourinho was probably expecting. Thomas Tuchel’s PSG racked up 17 goals during the group stages after a slow start and are already approaching half a century in Ligue 1 having played 16 matches, meaning Manchester United’s manager will need to call on his vast Champions League experience to get through this tie against Neymar, Kylian Mbappé and co. November’s dramatic victory against Juventus in Turin could give him a glimmer of hope of emulating David Moyes in 2013 by reaching the last eight while struggling in the Premier League, although you have to fear for United’s defence given recent displays. The question is whether Mourinho will still be in charge for the first leg at Old Trafford on 12 February. 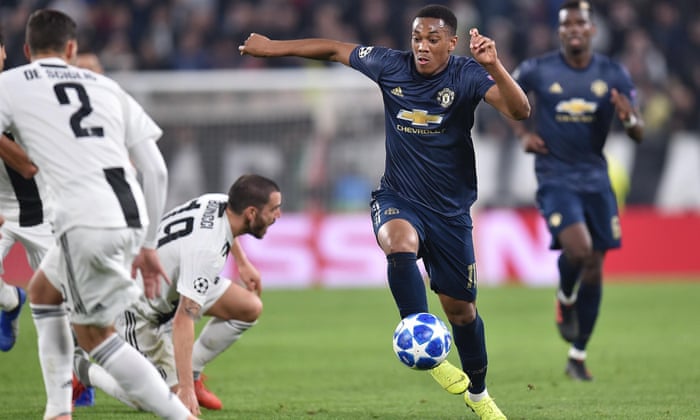 Mauricio Pochettino’s side beat Dortmund twice in the group stages in 2017 but Lucien Favre’s side are a different prospect these days. Nine points clear in the Bundesliga and yet to taste defeat in 15 matches, they will be formidable opponents as they attempt to put last season’s disappointing defeat by Juventus at this stage behind them. The England forward Jadon Sancho has emerged as a major star of Dortmund’s vibrant young team, with the 18-year-old having contributed five goals and seven assists this campaign in the league. The German side are led by a resurgent Marco Reus, have the super-sub Paco Alcácer and boast a defence which has conceded only 15 goals in the league. Spurs will need to show more of the fighting spirit they summoned in squeezing through their group if they are to reach the quarter-finals for the first time since 2011.

UFC 241: Daniel Cormier’s best efforts were not enough to beat back Stipe Miocic a second time.

Wisconsin Lawmakers Give Colin Kaepernick The Finger; REMOVE his Name From Key Resolution

No doubting that Warren Gatland’s Wales deserve their grand slam

Liz Warren On The Warpath; Attacks Biden For Siding With Credit Card Companies

You Have A Math Problem!’ Socialist Projects Would Cost US Taxpayers $85 TRILLION

Hillary Judge Fined, Disbarred From The Law – She Tried To Promote Clinton’s Border Plans On The Bench

NOT A JOKE: Texas College Just Voted On Resolution To BAN Police Officers From Campus [Details]

Thinking the unthinkable about Donald Trump