David Bowie’s son, Duncan Jones, has said that producers of a proposed biopic about the musician have not secured the rights to use his father’s music or the approval of his family.

Jones was responding to reports that Johnny Flynn, star of successful British independent movie Beast, had been cast to play Bowie in Stardust, a film about Bowie’s 1971 tour of the US. It is to be directed by Death of a President’s Gabriel Range.

Jones wrote on Twitter: “I’m not saying this movie is not happening. I honestly wouldn’t know. I’m saying that as it stands, this movie won’t have any of dad’s music in it, & I can’t imagine that changing. If you want to see a biopic without his music or the [family’s] blessing, that’s up to the audience.” 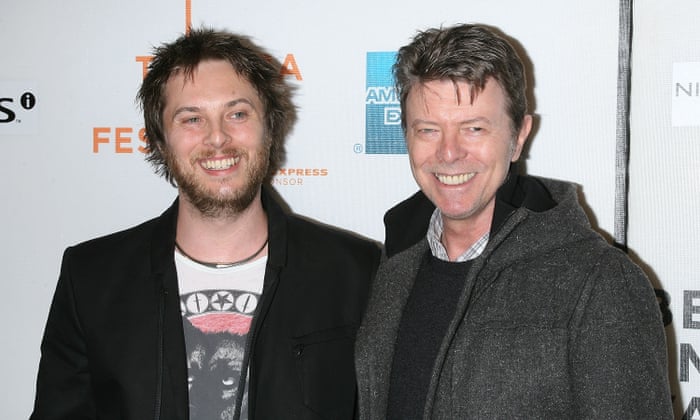 A report in Deadline suggested that the film, which is due to feature Jena Malone as Angie Bowie and Glow’s Marc Maron as a publicist, would contain “a small number of Bowie performances”.

Jones appears to definitively state that will not be the case, suggesting instead a collaborative animated project between Neil Gaiman and Spider-Man: Into the Spider-Verse director Peter Ramsey.

Gaiman and Ramsey appeared taken by surprise at the suggestion, but each responded positively: Gaiman tweeted: “You are the best”, while Ramsey replied: “I am not worthy!!!!”

Jones, who directed the Netflix sci-fi film Mute, also ruled himself out of taking on a biopic about his father. “I’m not the right person to make it. My perspective is far too uniquely subjective and personal.”

Multi-Millionaire Bill Maher Makes It Clear: Another Recession Is “Worth It” To Prevent Trump Victory

DELUSIONAL: Mika Brzezinski Says It Would Be ‘Sad’ If Biden Stops Hugging, Kissing Her [VIDEO]

Biden is labeled a moderate. But his agenda is far more liberal than Hillary Clinton’s.

The Copa Libertadores debacle is a story of Argentinian politics

What next for Venezuela? The four most likely outcomes